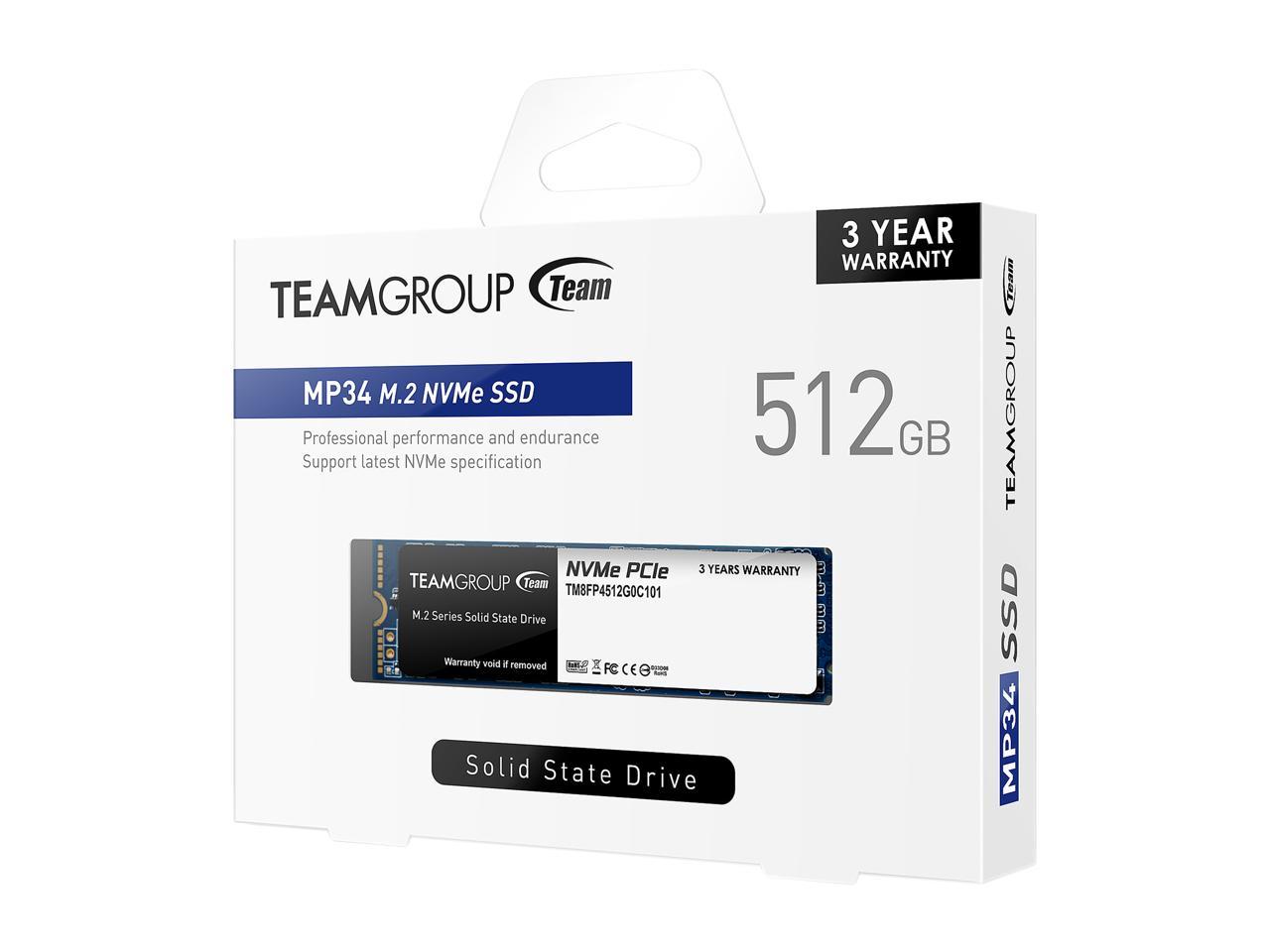 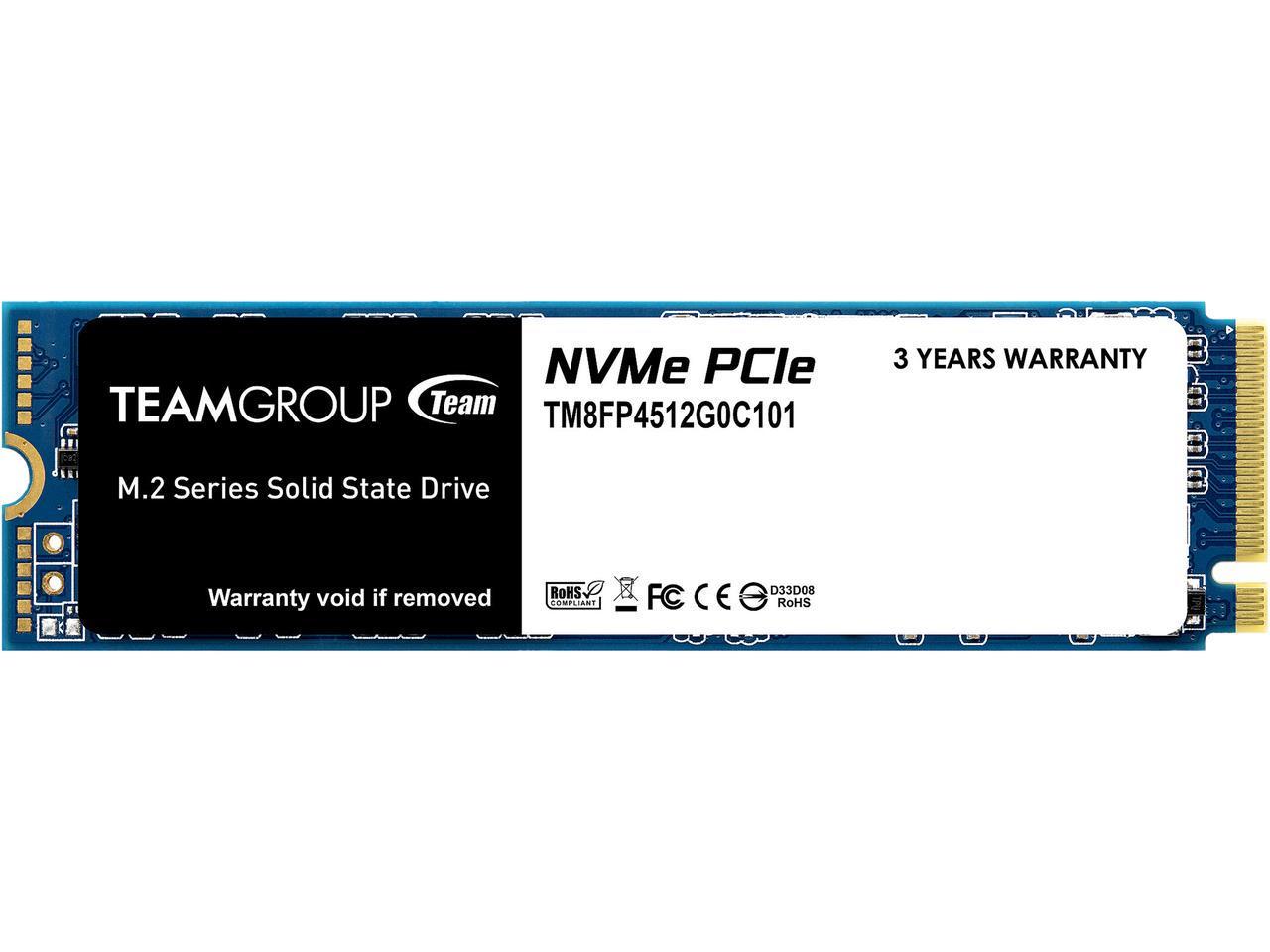 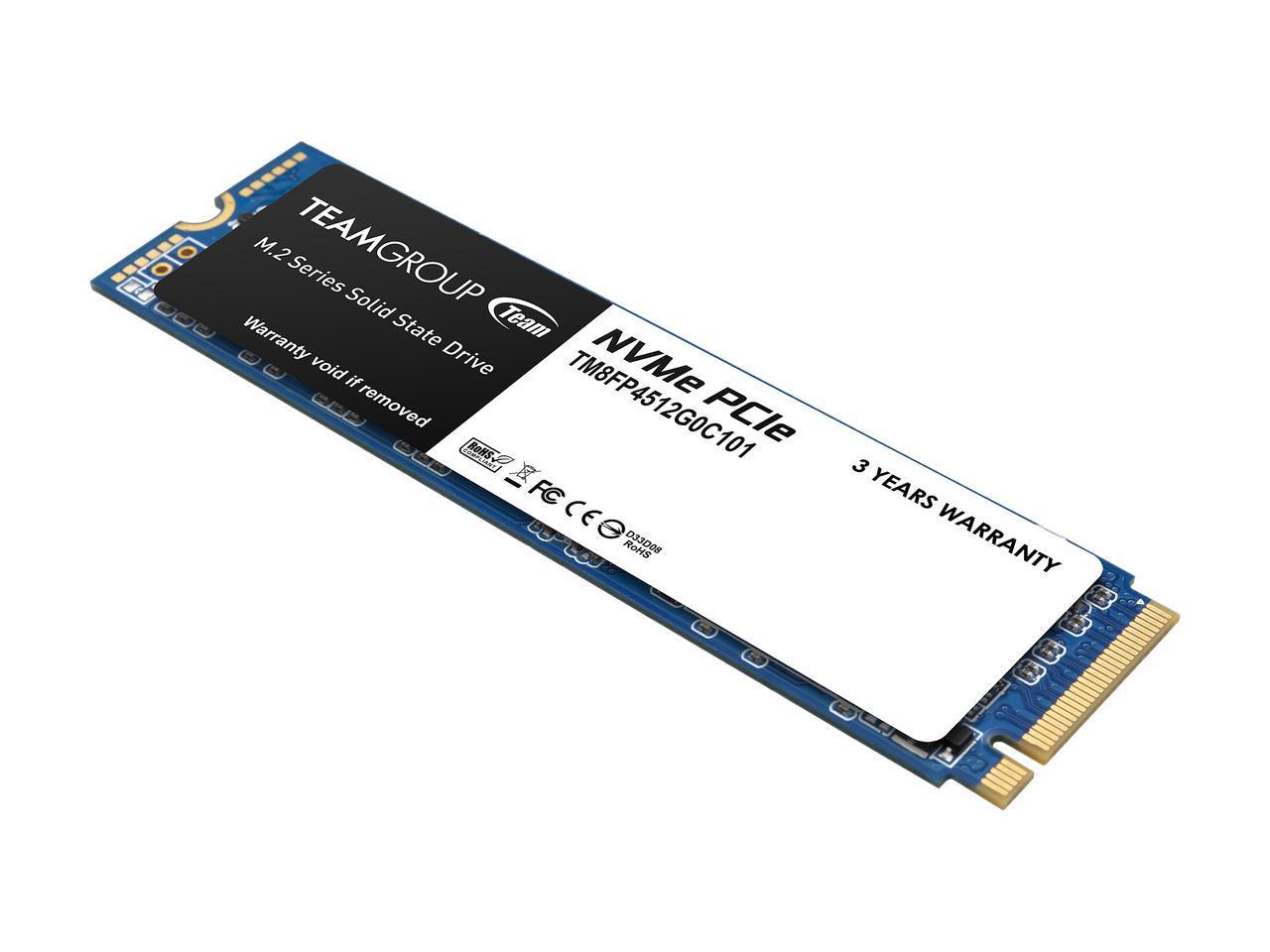 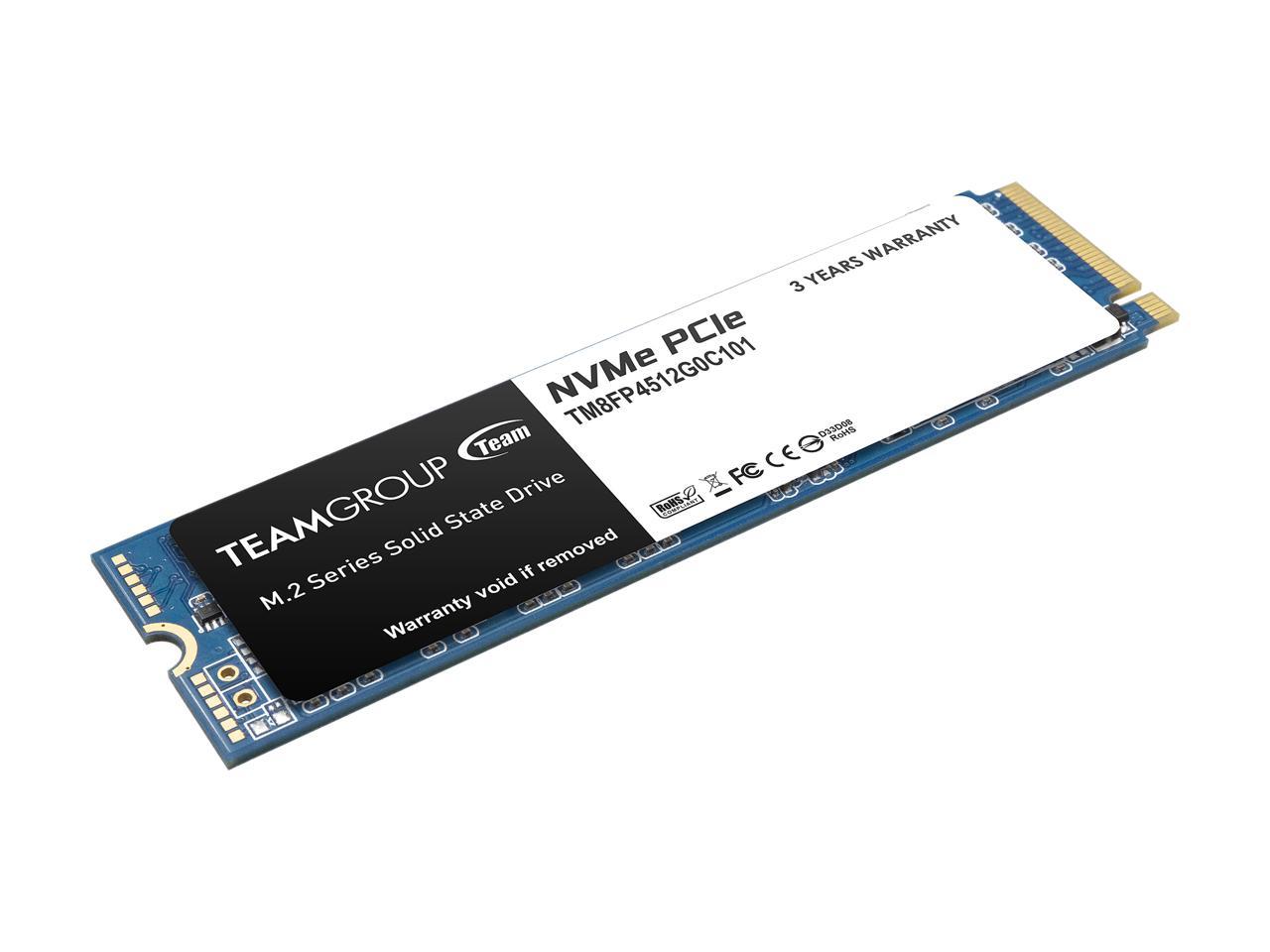 The MP34 high speed solid state drive from TEAMGROUP supports the new generation of PCIe Gen3 x4 high speed interface and the latest NVMe1.3 protocol. The superior performance allows sequential read/write speed to reach up to 3000/2600 MB/s. It is much more efficient for booting, loading games or large file transferring. The MP34 M.2 PCIe SSD delivers the finest, smoothest gaming experience and an extreme high speed performance without any lag. 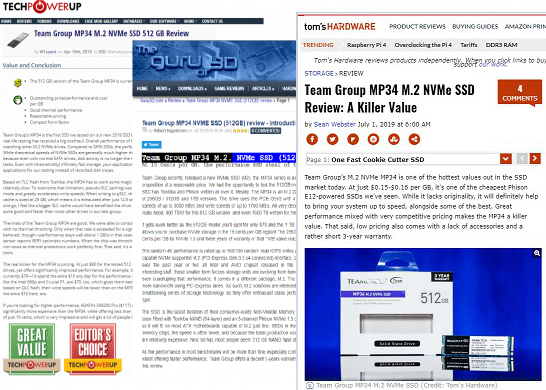 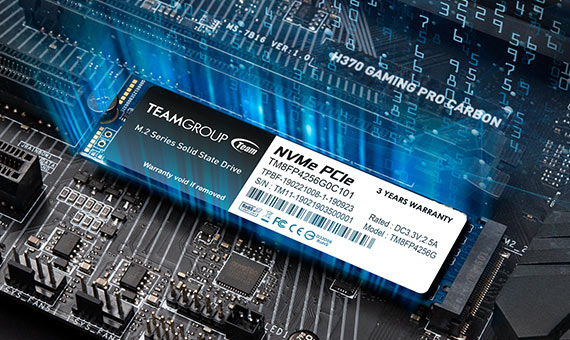 The new force, MP34 has joined TEAMGROUP’s M.2 solid state drive series. The MP34 supports new generation of PCIe Gen3 x4 high speed interface, the latest NVMe1.3 protocol and the specification of M.2 2280 PCIe solid state drive. With its superior performance, the sequential read/write speed can reach up to 3000/2600 MB/s. It is capable to reduce operating delays of the operating system and game/software, and delivers the finest and smoothest gaming experience and an extreme high speed performance without any lag even reading/writing large amounts of game data, complex graphics and motion processing algorithms, or loading heavy duty video/graphics editing software.

Transfer performance is 5 times higher than the SATA III interface

In an era when speed matters, shifting to develop PCIe interface has become a trend for M.2 solid state drive. The MP34 M.2 PCIe SSD uses PCIe Gen3 x4 high speed transfer interface. With the support of PCIe bus bandwidth, it can offer a transfer speed of at least 2000MB/s, or up to over 3000MB/s, which is 5 times higher than the SATA III interface and allows you to hop on board the high speed train that straight to the core of performance. 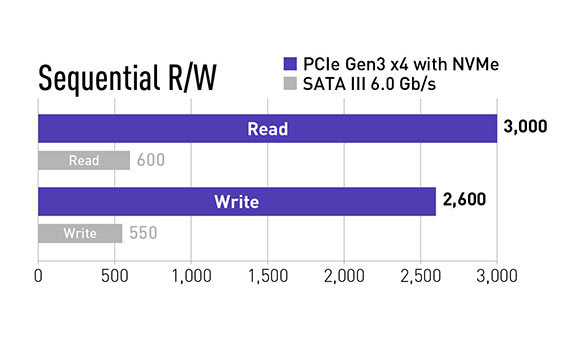 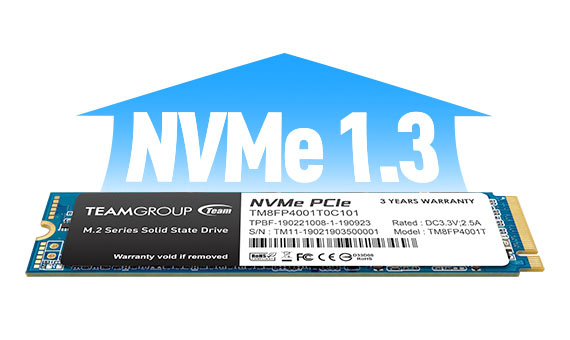 MP34 M.2 PCIe SSD supports the latest NVMe1.3 protocol. The system communicates with it through PCIe bus and connects to the built-in PCIe controller of the chipset or processor, so the signal transfer is as simple, precise as point to point, that offers you a pleasant high-performance transfer experience, without a bit of lag or delay.

The MP34 M.2 PCIe SSD supports S.M.A.R.T. function and its built-in smart algorithm management mechanism has functions are able to ensure operation efficiency, prolong the service life of the SSD and bring it to its maximum performance. Meanwhile, the powerful Wear-Leveling technology and ECC (Error Correction Code) function improve the accuracy of data transfer and prolong the service life of flash memory. 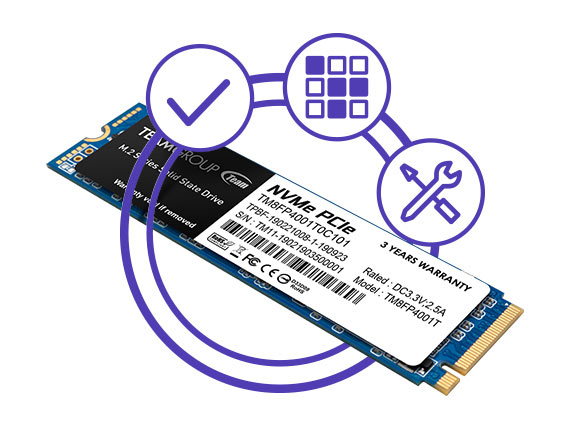